Share a memory
Obituary & Services
Tribute Wall
Read more about the life story of Lewis and share your memory.

Lewis Milton Hankins, 81, of Ashland, Kentucky was reunited with his wife, Deborah Going Hankins in heaven on Thursday, December 22nd, 2022, after 4 years of separation.

Milt was a native of Anstead, West Virginia. He was the second child of the late Basil and Elizabeth (Allport) Hankins. Milt was a U.S. Air Force vet, retired Baptist minister,  massage therapist, published author, columnist, presidential historian, and an admired and prolific poet. He was well traveled, having visited, Europe, Africa, Central America, Mexico, and the Caribbean.

He is preceeded in death by his wife of 35 years; his parents, his older sister, and her 2 sons.

Milt is survived by his two children, Emily E. Favero (2 grand-daughters & 1 grand-son and 4 great- grandchildren),Adam L. (Carla) Hankins (2 grand- daughters) of Virginia; his younger brother, Jim (Kay) Hankins, of Florida, 3  nieces and their families; his sister's youngest son and his family, and many great-nephews and great-nieces who adored their uncle Milt.

At this time, Milt's wishes of no services will be honored. The family will hold a party in Milt and Deb's memory at a later date. Final arrangements for Milt are being placed in the care of Brown Funeral Chapel of Ohio. 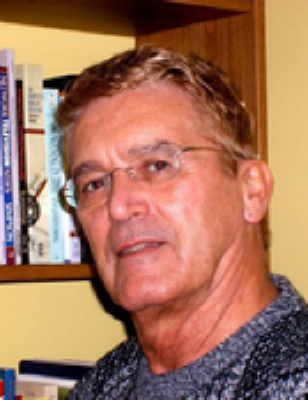 You can still show your support by sending flowers directly to the family, or by planting a memorial tree in the memory of Lewis Milton Hankins