Share a memory
Obituary & Services
Tribute Wall
Read more about the life story of Anna and share your memory.

Anna Kammerer 75 of Ironton, Ohio gained her wings to glory on Tuesday January 3, 2023 leaving from Kings Daughter's Hospital in Ashland Kentucky.
The Scioto County native was born September 10, 1947, a daughter of the late George Kammerer and the late Ellen Nerva Redden Kammerer. Anna was a loving mother and grandmother who during her life loved Neil Diamond and was a working member of his fan club. She enjoyed collecting celebrity autographs and Movies.
In addition to her parents, she was preceded in death by 2 Half brothers:
Carl Kennedy and Stanley Kennedy, 4
Half-Sisters:Dolly Thatcher, Carrie Brown, Flossie Gillum, Lucile Kennedy-Lynn and Thelma Kennedy.
She is survived by a Son; Rodney Neil Williams, a Step-Daughter: Elly Estle and her husband Jessie of Kitts Hill, Ohio,   a Grandson; Charles Williams, a Brother: Ronald  Kammerer, 2 step sons; Adam Rister and his wife Missy, Timmy Rister  both of Portsmouth, Ohio, and her grandchildren she treated like her own; Shonda, Chloe and Little Jessie and a host of family and friends.
Keeping with her families wishes, she will be cremated. Memorial donations in her honor should be made to her son to help with any final expenses.
Her son has entrusted her care to the Taylor Brown family of Brown Funeral Chapel. 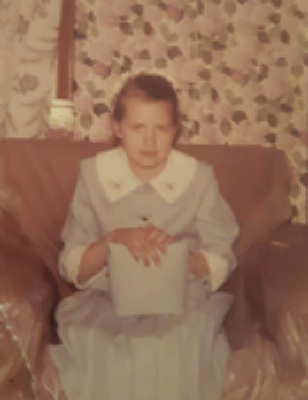 You can still show your support by sending flowers directly to the family, or by planting a memorial tree in the memory of Anna Kammerer
SHARE OBITUARY
© 2023 Brown Funeral Chapel. All Rights Reserved. Funeral Home website by CFS & TA | Terms of Use | Privacy Policy | Accessibility